No matter your political views, this story is bound to put a smile on your face. 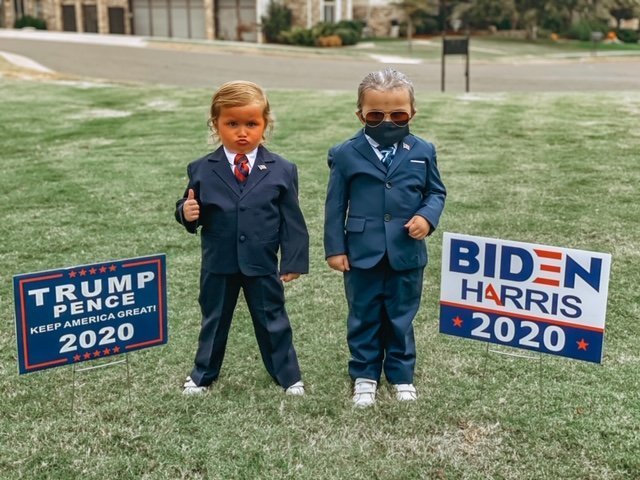 Garza, a resident of Edmond Oklahoma is originally from Kingston, but her career as a hospital controller brought her to Oklahoma in 2009 where she later met her now husband and father of the twins, Travis.

Each year the Garza family goes all out for Halloween, but this year they had a larger than average audience.

“I never imagined this video would have 2.9 million views,” Garza said. “I posted the video reveal of their costumes, and it just blew up.”

While most of the “garzacrew” followers loved the video, some negativity ensued in the comment section of the TikTok video due to the choice of costumes.

Some suggested the twins should instead be dressed as “princesses.”

Garza further explained that she wants to teach her girls to aspire to be the POTUS one day.

Questions? Comments? Email us at letstalk@onthestacks.com