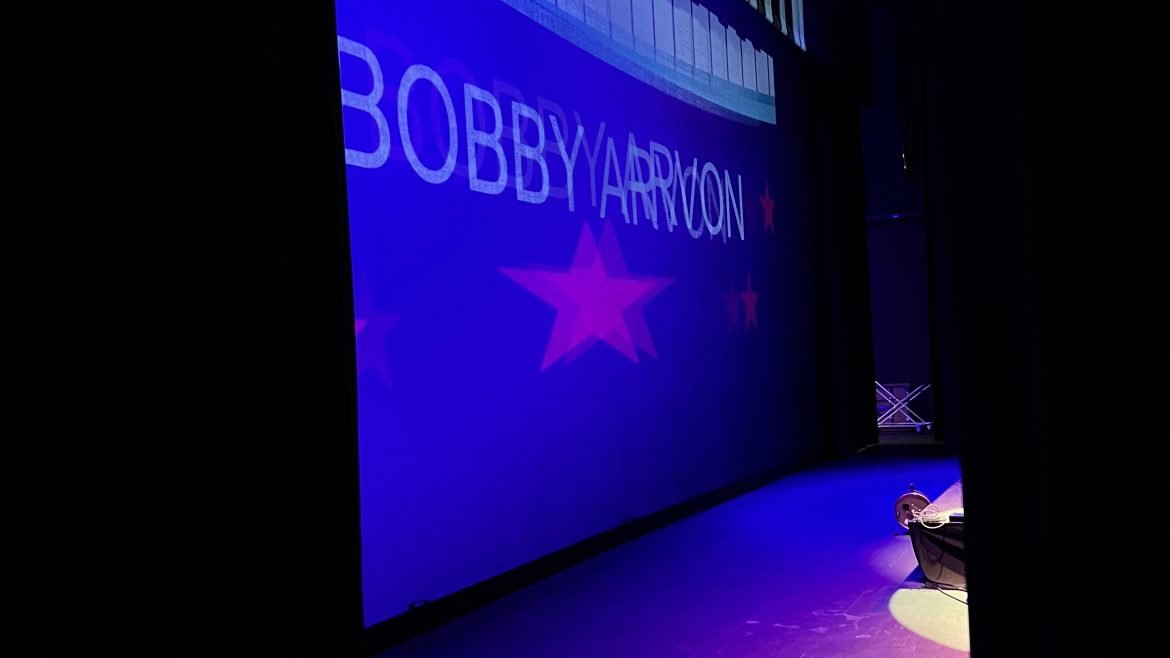 Early in Bobby Arvon’s music career he was told by an agent that he didn’t have a recording voice.

As a singer/songwriter, he later went on to become a Billboard Hot 100 recording artist, leading to many TV appearances, notably Dick Clark’s American Bandstand, The Merv Griffin Show and more.

You may also recognize Bobby’s voice from the lead on the theme song of one of the most popular American television sitcoms, “Happy Days.”

Wanting to get back to his Scranton Pennsylvania roots, Bobby met Lorenzo through a mutual friend, Jeff Piazza, who owns The Fort Cafe in Forty Fort, PA.

Jeff is a “Happy Days” enthusiast and is a friend/fan of Bobby and his music.

When Bobby told Jeff he wanted to perform a show in his hometown of Scranton, Jeff connected Bobby with Lorenzo, whom owns ARTIC Entertainment.

Short for Art in community, Lorenzo’s company is focused on promoting, producing and cultivating the film, live music, and theater arts industry in Northeast Pennsylvania.

As a performer, entrepreneur, and owner of ARTIC Entertainment, Lorenzo found a way to connect the dots between Bobby and fellow Scranton native, Marko Marcinko, to put together a live, one night only show, titled “Bobby Arvon with Marko Marcinko & the SJF Big Band featuring Lorenzo Medico.”

The show held last night at the Kirby Center for the Creative Arts at Wyoming Seminary in Kingston PA was Lorenzo’s first live production with his company, ARTIC Entertainment.

Short for Art in community, his company is focused on promoting, producing and cultivating the film, live music, and theater arts industry in Northeast Pennsylvania.

Click the link below to watch the full episode. You can also stream an audio only version on any major podcast platform.

#OnTheStacks is a Podcast & Digital Media company. Since 2019, we’ve aimed to inspire, educate, and entertain the NEPA region by sharing the stories and experiences of the most passionate entrepreneurs and community leaders.

The #OnTheStacks Podcast with Bill Corcoran Jr. is ranked in the top 2% of Podcasts Worldwide.

It is listened to in 34 Countries and on all 7 Continents! A new episode is released every Wednesday on YouTube and on all major audio podcast platforms!

THANK YOU for your SUPPORT!!