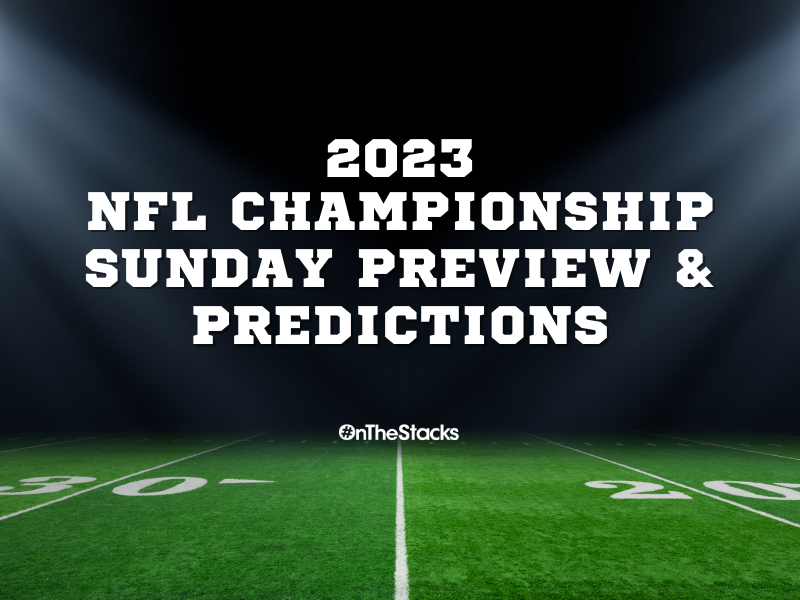 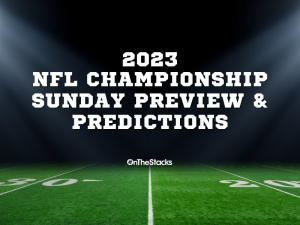 There are just four teams remaining after the Divisional Round. The two No. 1 seeds: The Kansas City Chiefs and the Philadelphia Eagles and the outliers: The No. 2 San Francisco 49ers and the No. 4 Cincinnati Bengals.

The Chiefs and the Bengals are squaring off once again in the AFC Championship after Cincinnati headed on the road to Buffalo and knocked off the Buffalo Bills. Kansas City defended its home turf, knocking off the Jacksonville Jaguars.

The Eagles looked like the most dominant team on the weekend, rolling the New York Giants while the 49ers won a close one against the Dallas Cowboys.

With the Divisional Round in the rearview mirror, there are just two more games until the Super Bowl.

The Chiefs vs. the Bengals and the Eagles vs the 49ers.

Purdy heads to Lincoln Financial Field for the first time in his career and he is going to face one of the best defenses in the NFL.

The Philadelphia Eagles have allowed the fewest passing yards in the NFL this season and have wrapped up the quarterback the most times in 2022 with 70 sacks.

James Bradberry picks it off 🙌 @Brad_B21

Moving down to their linebackers, the Eagles have Pro Bowlers in that department, too. Haason Reddick is having a career year and leads the sack machine of the Eagles with 16 sacks.

The Eagles are loaded with Pro Bowlers and have a quarterback that’s an MVP finalist, heading into awards season.

Quarterback Jalen Hurts has taken a major step forward and wasn’t hindered by his injury against the New York Giants in the Divisional Round. Hurts went 16-for-24, throwing for 154 yards and two touchdowns in the second playoff appearance of his career.

Hurts didn’t run much, but he didn’t need to. The Eagles torched the Giants’ defense with their run game, rushing for 268 yards.

Against the 49ers, Hurts’ legs will have to have more of an impact because San Francisco has one of the best defensive fronts in the game spearheaded by Defensive Player of the Year finalist Nick Bosa.

The 49ers’ offense is the same Kyle Shanahan ground-and-pound offense that sets up the play action, and now, they have Christian McCaffrey, one of the best running backs in the league, running behind a strong offensive line.

CMC puts the @49ers ahead! #NFLPlayoffs

It will be interesting to see how well the Eagles deal with the run-heavy attack because they’ve struggled to stop the rush this season.

The biggest factor in the game, though, will be how well Purdy deals with playing in one of the toughest stadiums to play in at Lincoln Financial Field.

Will the lights be too bright for the rookie?

The Kansas City Chiefs against the Cincinnati Bengals. Some deja vu.

Last time, the Chiefs got off to a hot start, but Comeback Player of the Year, quarterback Joe Burrow led his squad on an 18-point comeback to beat Patrick Mahomes and the Chiefs.

Burrow’s had Mahomes’ number and has won all three of their meetings. Burrow has already beaten the Chiefs earlier in the season 27-24, but that game was at home not on the road.

The biggest storyline heading into Sunday’s fourth meeting between the two is Mahomes isn’t at full strength after he suffered a high ankle sprain.

Mahomes has been practicing and is expected to play, but his ankle will definitely be something to watch for on Sunday.

The rest of the Chiefs’ offense has flowed through tight end Travis Kelce and an assortment of receivers in the post-Tyreek Hill era.

The Kansas City offense has the highest-scoring offense in the NFL even without Hill, but the Bengals also have a high-powered offense.

Cincinnati is led by Burrow and his trio of receivers in Ja’marr Chase, Tee Higgins and Tyler Boyd, which is a similar offense to the Super Bowl squad last year.

Burrow to Chase is AUTOMATIC in the #NFLPlayoffs.

This year, the Bengals’ offensive line has done better at protecting Burrow, an issue in the 2021 season. Cincinnati was the third most sacked team in 2021 and now moved out of the top 10.

The Bengals have the better defense allowing only 13 points per game while the Chiefs allow 20, but this game is going to come down to which offense has more firepower on Sunday.

If Mahomes is fully healthy, it is going to be hard to pick against the No. 1 seeded Chiefs, but if he’s not, the Bengals are the no-brainer pick.

Do you have a sports story you want me to share? Or do have suggestions on any sports related content you want to see OnTheStacks? Tweet me @RipchikSpencer

OnTheStacks is expanding into other fields of content, and with that, we’re excited to announce that Spencer Ripchik is joining the OnTheStacks team as a sports blogger!

You’ve trusted OnTheStacks for the last four years as your source in the world of entrepreneurship and business, and we hope to gain that same trust with you, but this time on the field; see what we did there?!

I’m excited to come on as a blogger for OnTheStacks where I will write sports-related content each week. Some of the sports I’ll cover are the NFL, NBA, College Football and College Basketball.

I’ve also written for The Saratoga Special and the Penn State CommRadio.

If you have suggestions on any sports related content you want to see OnTheStacks, tweet me @RipchikSpencer

Want to Join the OnTheStacks team as a blogger or podcaster? Tap here: OnTheStacks